Dale: What do we know about the Nazca lines?

Dhor Káal'el: All that is in Nazca are approach vectors and routes for ships between constellations and destinations, all like a big star map on the ground. 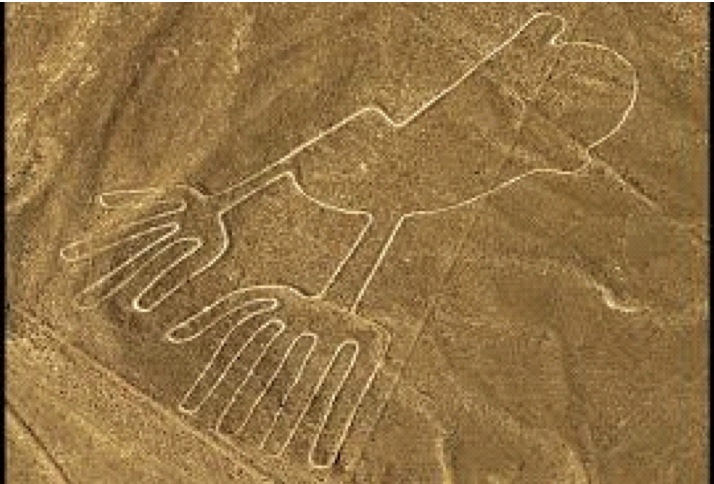 Dhor Káal'el: No. This symbol is from the constellation Aquila. They are from the time of Atlantis and Lemuria. They are pre-Inca. 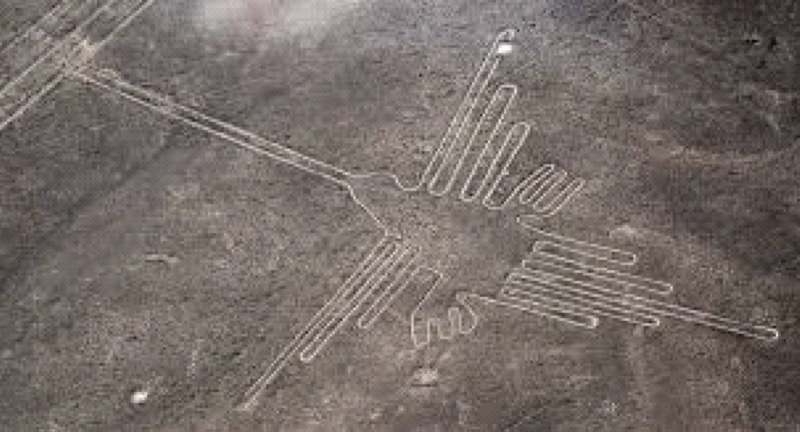 The beak is an approximation vector as all the long lines that connect some images with others. 11 Feathers. 11 stars placed in that configuration. It's not a hummingbird as they say, it's a pigeon. And it's the constellation Columbia. 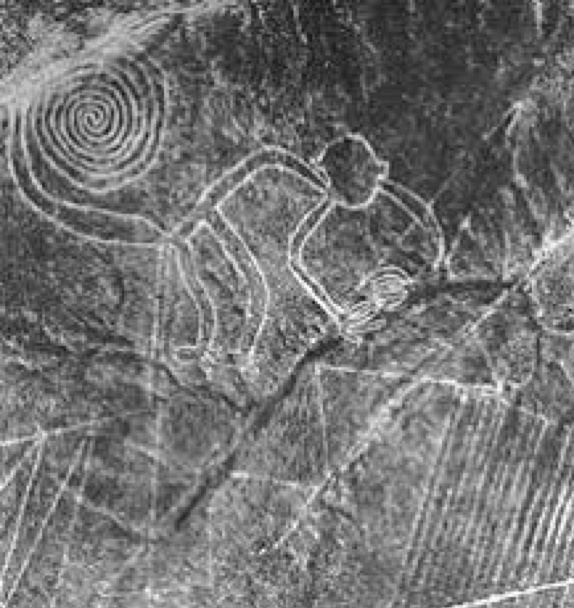 Dale: A pigeon? Wow! I hadn't considered that. 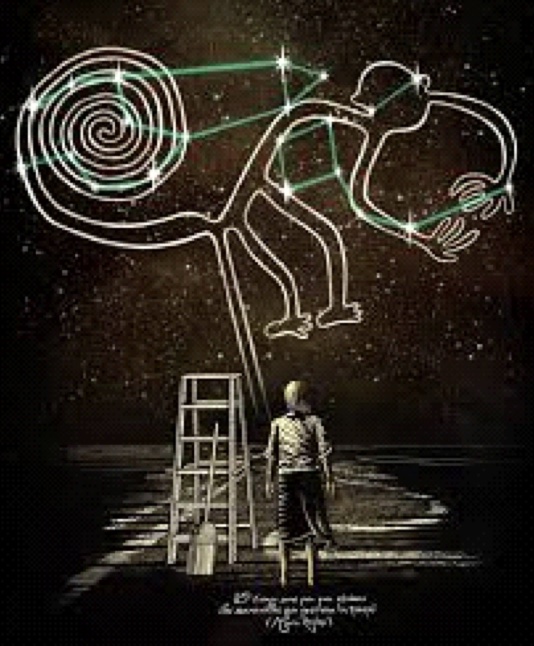 NGC 2174, also known as the Monkey Head Nebula, is an H II region nebula located in the Orion constellation. Thus each image corresponds to a constellation or group of stars that may or may not correspond to constellations as we know them on Earth today.

Dale: Yes, the names have changed over time and some have even been lost.

Dhor Káal'el: The lines are measurements of distances, times and vectors, they also comprise geometry inside with solutions for frequency-based travel. Creation of primitive people to worship their gods - no. Rather it comes from those they called gods. Large airport.

There are more like this under Egypt west of Giza, but they are under tons of sand.

Dale: The top of the mountain is gone and humans speculate... where did the land go?

Dhor Káal'el: It is thousands of years for the loose soil to gradually disappear. The soil is loose when it is dug up. While it is possible that it has been taken away, it is more likely that if it is left where it is not in the way, the erosion of thousands of years has taken it away. Not so the figures. Thousands of years to blur and dilute loose soil. While the solid ground where the figures are remains there firm as the time goes by.

Gosia: Fascinating. But did people from other planets do it to indicate things to humans on Earth? Or for other races?

Dhor Káal'el: They are not landing tracks or runways. That is human thinking. They are mathematical rules like slide rules, intertwined with the same geometry and the angles between the lines and the lengths of each line. They did it for themselves, as part of the spaceport. For temporal and positional localization for incoming and outgoing ships.

I know they look like tracks. But virtually no advanced ship needs one. A runway is to pick up airspeed to achieve lift to elevate. That is useless and inconsequential on a starship.

Gosia: What races constructed this?

Dhor Káal'el: Multiple races. You must keep in mind that there have been multiple advanced civilizations on Earth throughout its history, not just Atlantis and Lemuria.

Dale: You mean they eliminated it or was it erosion?

Dhor Káal'el: Both. As there is loose soil, it gets mixed in over the years with the surface soil. As with any "airport" the large volumes were taken away to other places.

Gosia: And what does that area have or what did it have to have all those drawings concentrated there?

Dhor Káal'el: Because it is desert and the surface lent itself mostly to be used as a slate for the formation of star maps.

Dale: Forgive me brother, but so the lines themselves would erode, wouldn't they? And they do to some extent.

Dhor Káal'el: No brother, because the lines themselves are on fixed ground. Not loose. Also as I said above, it was taken to another place with technology. What is left there as loose soil is much more vulnerable to erosion than what is fixed in the ground. The lines were created by digging between a surface layer of one color and density and a different one below creating an image.

Robert: And under those lines there may be large tunnels bigger than the subways of some ancient civilization? And another thing, you mean then that their original shape was different?

Dhor Káal'el: Not there or not necessarily, I could not know. But underneath where the port facilities themselves were there are subterranean facilities and a whole city of several levels under Nazca. As is also the case under Giza.

No, it is mostly its original form although much has been erased over time.

Gosia: And why did they need maps on the ground? Doesn't it seem a bit primitive? I find it hard to imagine an interstellar race going through space drawing maps in the form of birds and feathers on planetary surfaces instead of using their onboard holographic technology. Or didn't they have it yet?

Dhor Káal'el: It is a statement to incoming ships of civilizations that are being contacted for the first time. It is also like a courtesy for them, to fly over there and understand everything. It's like a map in a human airport, so visitors don't get lost.

Gosia: I don't understand this part, sorry. Incoming ships being contacted for the first time?

Dhor Káal'el: Yes because it was a large interstellar base with a lot of traffic.

Robert: Are they currently in use? Or not anymore?

Dhor Káal'el: They can still be used, yes. But as I said above, much has been lost.

Gosia: Ok, Káal'el, let's analyze it. For example, that one above. What does it mean exactly? So that I understand the idea here.

Dhor Káal'el: Position of portals and wormholes for transit of ships. 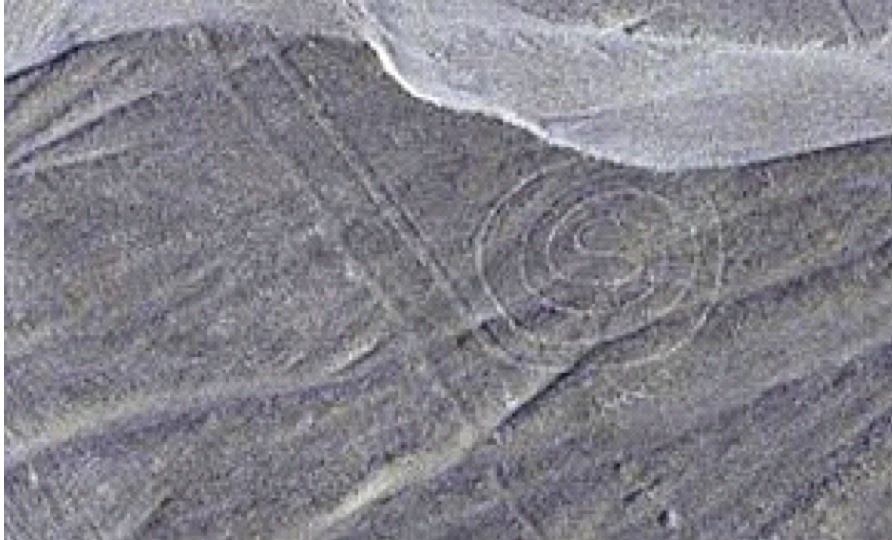 Gosia: Ok, so who paints those lines? The ship that came before leaving it for the ships that will come after?

Gosia: Then who for whom?

Dhor Káal'el: The civilizations that occupy the base and manage it, leave it, so that it is easy to find the base from the air optically, as a courtesy too. The "owners" of the base... for the visitors. The base is the spaceport. The facilities where the ships will arrive.

Also, those big, flat, very wide lines are parking areas for ships. Not runways. Places where the ships land. Many, many parked ships. Many times the lines there establish approach vectors for where to park ships according to tonnage.

Dale: Were the bases underground, are there they now?

Dhor Káal'el: Yes. There are still bases down there, buried and forgotten. As is the case with Giza too. Big intraterrestrial cities there.

Gosia: And that drawing of nine fingers... indicating constellations. What do they mean more precisely? Why do they point to the constellations? This no longer indicates any base.

Dhor Káal'el: It does not indicate a base, it indicates a star map where each constellation is in relation to where you are at that moment looking at the map. Another factor is that this is how the constellations were 15,000 – 20,000 years ago. Not as they are today.

Gosia: And why indicate this?

Dhor Káal'el: So that everybody knows their position.

Gosia: There are star charts on board. That's what I don't understand. There is more advanced technology aboard. For example, I can't imagine the Taygetans going to look for drawings on other planets to find out where they are.

Dhor Káal'el: The Nazca lines are nothing but a huge this: 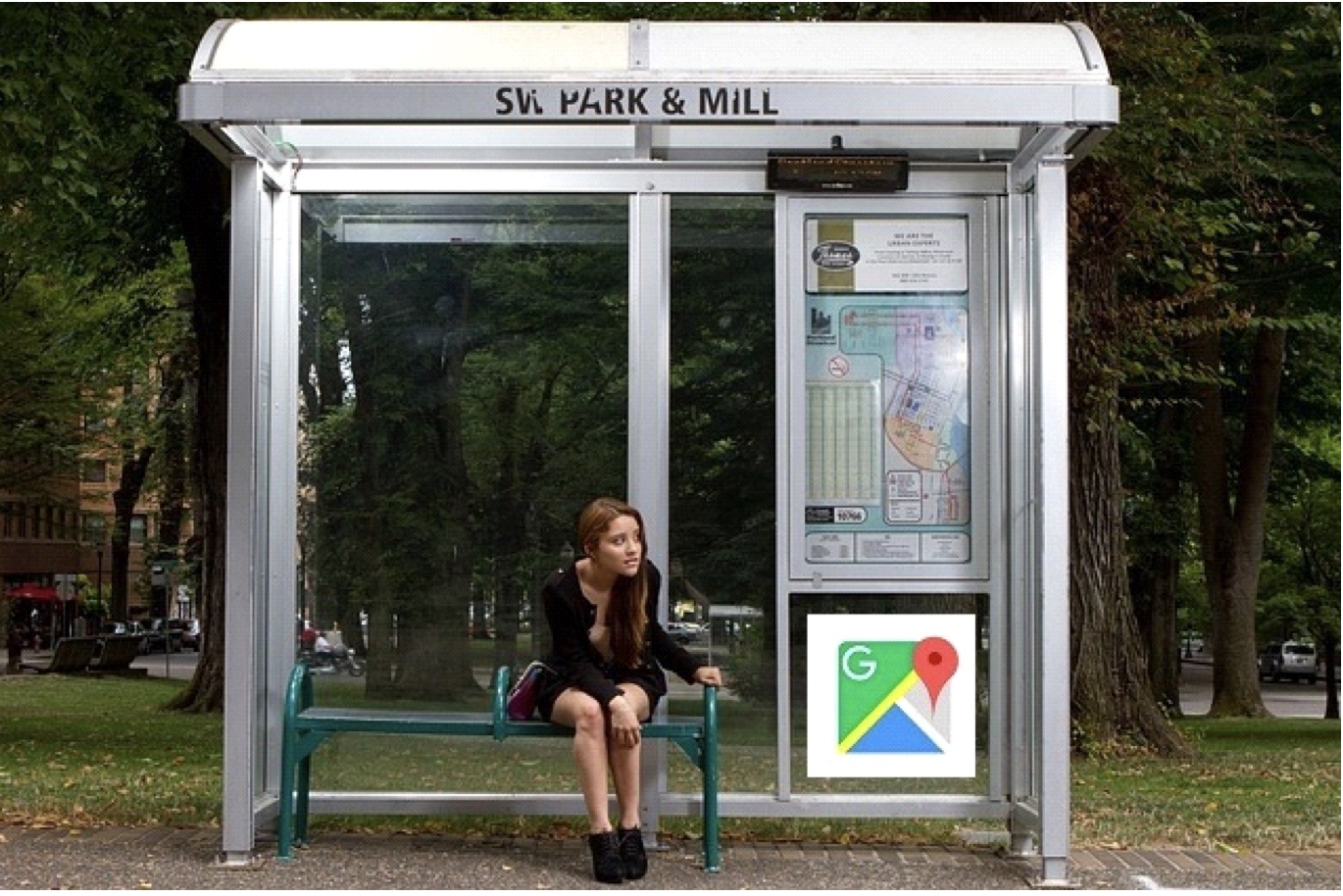 Gosia: But if you have your GPS handy... and your own car, you don't need this, do you? And assuming other races have it too, you don't have to leave directions in places. Even out of courtesy. Just trying to understand.

Dhor Káal'el: Well no, but if you are using time jumping spaceships... you do need that because your computers are not enough, that's why you get lost. And it's a courtesy, not a huge necessity. 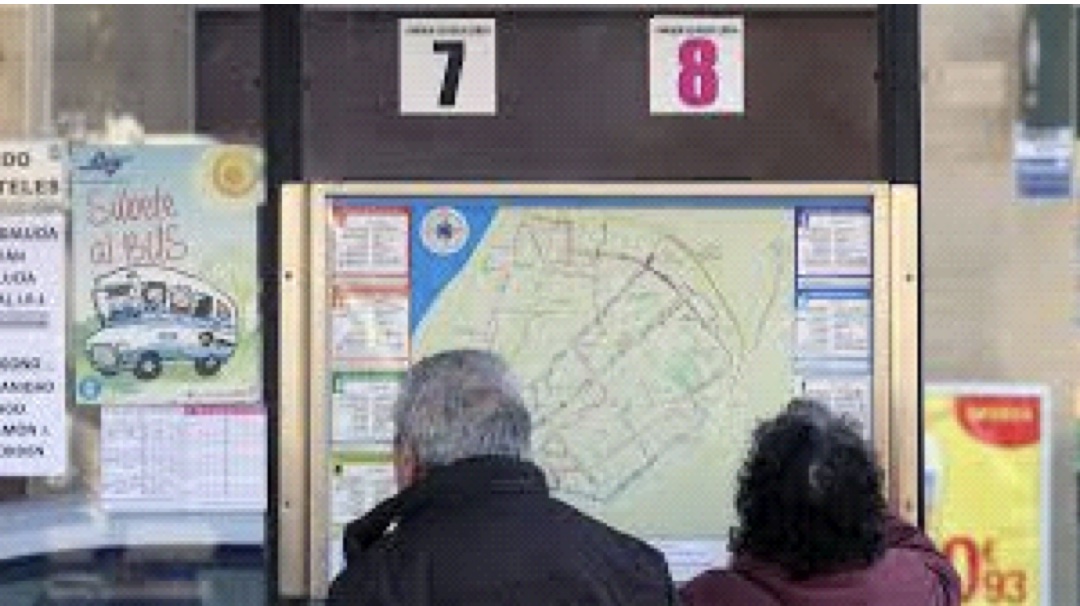 Gosia: Ok, I understand a little more now, thank you. Didn´t consider getting lost in time. Ok. Can you tell us more about these cities below please?

Dhor Káal'el: They are whole big cities. Down there, with places like in any big city. They are ancient DUMBs of non-human races, multiple races. With streets, traffic, recreation places. Places of engineering. Everything.

Dhor Káal'el: At this moment those are abandoned (others are not). I have not been there, but I know this from our records and from what we can see from here, what can be investigated with what we have in our computers.

Dhor Káal'el: Because it is easier to remove what you don't need than to build fragile buildings above.

Dhor Káal'el: They are in use only as star maps for ships and they still pass above and look and calculate. That's why there are so many ships (UFOs) in that area, among other things.
I must go. I'm due to fly right now.

Gosia: Why are you going to fly?

Dhor Káal'el: I will tell you when I return, not on the way out. Rules of combat.

Swaruu (9): This idea of being doubtful about ET presence on and near Earth is something new. Something like from mid 19th century until now, and especially since the 1947 Roswell crash, the governments have been trying to make people doubt what the people in the past openly accepted as a simple fact. Stellars are always coming and going from Earth because they are also on Earth. Stellars are intermixed with humans, no clear border between them.

Now, today, there is so much confusion that people no longer see the obvious. Much less understand that the people of Earth are stellar themselves!