Electricity - if not from Nuclear Power Plants, then Where does it Come From?

Electricity - if not from Nuclear Power Plants, then Where does it Come From?

Gosia: The question is simple. Everyone wonders if nuclear power plants don't produce electricity, what does?

Swaruu X (Athena): Two things. As I explained before, the power plants do return energy to the grid, or in any case you could say that they produce it but never in the official quantities. It´s like a giant capacitor-battery that conserves energy or accumulates it, uses it and then releases it if there is surplus.

Another point is that what the population is told is not what really happens, so if they are told that France supplies Spain, that´s official, when in fact the power grid is complex and multi-national, so we cannot know where what each country consumes really comes from.

And one more thing, given the very dynamics of pulling or consuming electrical energy and then returning it or partly returning it to the grid, we can see from here that a very large part of that energy from the grid for human use comes from underground facilities, which makes us conclude that the Cabal is supplying electrical energy from Tesla type generating facilities underground, coming from DUMBs and the like.

The type of technology they have is similar to that of the pyramids by atmospheric polarity differential, which makes this energy not quite Zero Point, because it is exploiting the energy dynamics of the Earth itself, or it can also come from Geo-Thermal plants at depth.

Besides that it comes from conventional plants around the world because they pass the energy from country to country and you may well be consuming electricity in Helsinki coming in part from hydroelectric plants north of Argentina.

Gosia: Wow, okay. So it might be coming from underground. Sorry, I didn't quite understand: is that a fact or is that a deduction?

Swaruu X (Athena): It is a deduction with strong data, because we don't see any other explanation for where so much electricity comes from. And the data also tells us that the DUMBs are also giving electricity to the grid, sometimes, other times consuming it.

It is strong deduction, although we have not seen those plants as they are miles underground in the DUMBs all over the world. For me, though, it is a fact.

Gosia: Sorry, what are conventional plants?

What is a fact is that the amount of electrical energy consumed by humanity as a whole, all the cities of the world and all its industries, exceeds by far what would be the sum of the official power plants. That is, it is coming from somewhere else.

As for nuclear power plants, the system is very simple: The reactor produces heat that turns water into steam which then moves steam turbines that make the generators turn. From there that hot water passes through the cooling towers and is recycled for the most part.

That is true and in that case they do produce electricity. The problem is that these plants are all the time partially shut down under all kinds of excuses, ending up consuming energy from the grid and not producing it. In other words, let's say it will produce 10,000 Watts hours, and it consumes 35,000 Watts hours, which indicates that it is using the energy for something else: geoengineering. To then produce the 35,000 Watts hours for a short period of time, and then stop again to consume.

In other words, it´s not that it is a consuming point all the time, but that the end result of all their operating dynamics is that they are consuming energy from the grid instead of producing it.

But if you're going to inspect one, it's going to be producing for sure. You also have to look at the totality of the global dynamics among all the nuclear power plants.

Like those comments of electric power from France supplied to Spain. It is not that simple, the grid is worldwide. People, the public, still think in terms of nations, when that energy dynamic is global and does not obey nations per-se but multinational consortiums that do not consider nations, but entire regions or the entire planet.

Like the members of the Cabal, this has no borders. Remember that for the Cabal the world is -almost- a single unit. And it is that -almost- that is the struggle for human freedom here today.

Gosia: Thank you! By the way, the Ley lines images that you see on the Internet, are they correct? 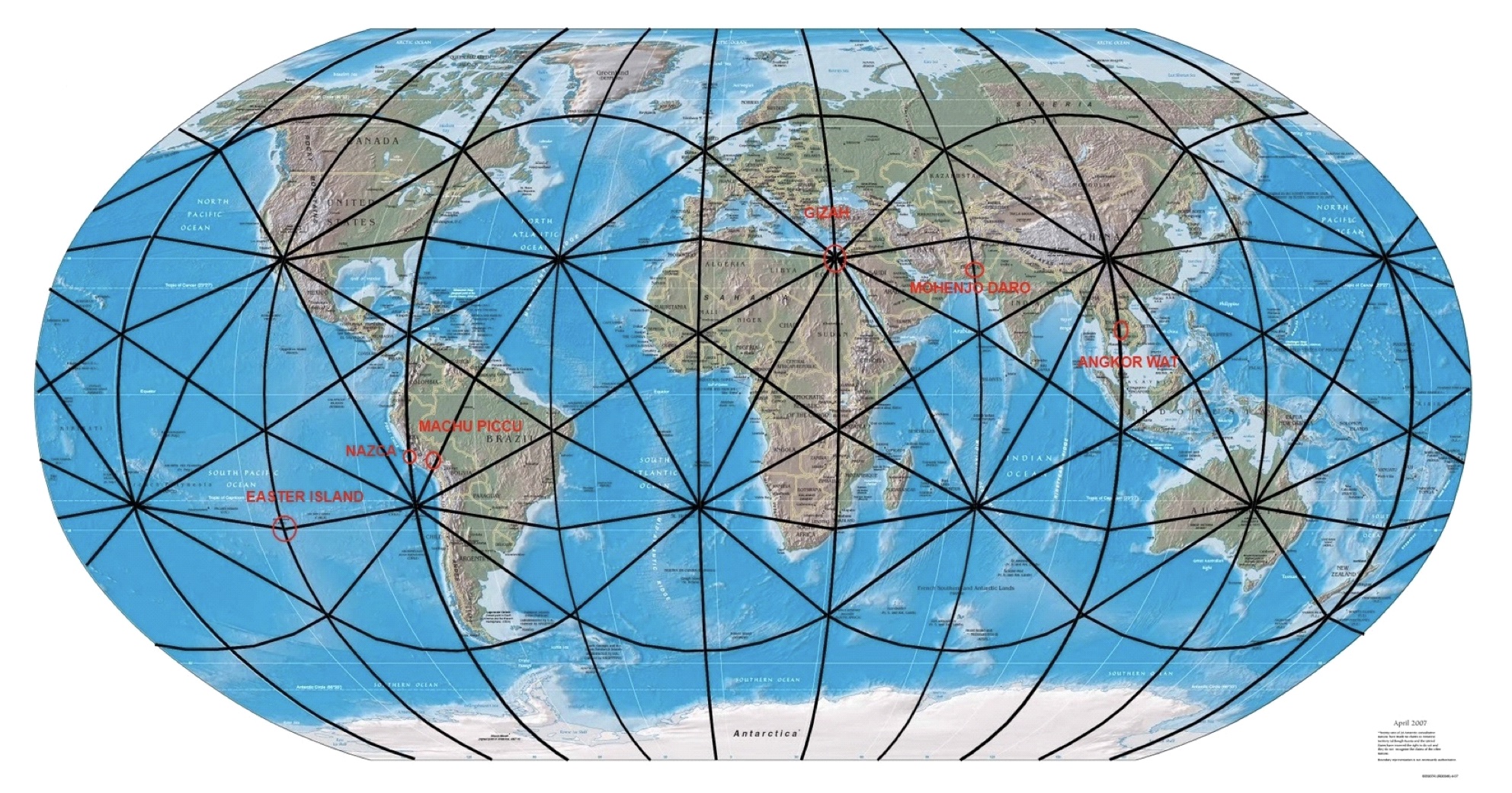 Swaruu X (Athena): Some yes, but mostly the small lines don't match. Only the obvious big ones.

Robert: And those energy nodes don't necessarily have to be on the surface of the Earth, do they? They can be in the interior or vertically in the ground, in the sky?

Swaruu X (Athena): Basically everything affects depth and is only reflected on the surface, but they are energetic lines that move deep in the Earth's crust. There are levels of depth, and generally the more superficial the weaker a Ley line is. The deeper the stronger it is.