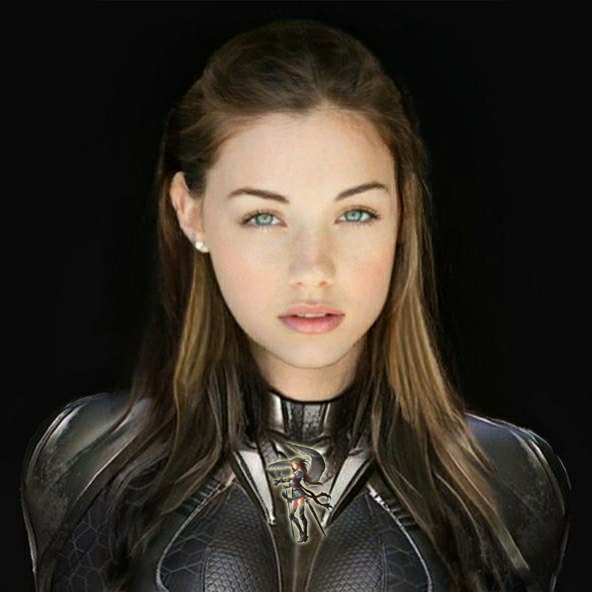 Athena Swaruu (X), or Tina as her friends call her, was born in deep space aboard a spaceship, in Earth reference time on March 8, 2002.

Her mother is an alternate Swaruu of Erra to the one who talked to us, Robert and Gosia, who Athena talks to every third day. They are time jumpers.

She is not Human, nor Taygetean. Legally and genetically she is a Swaruunean, legally before the United Federation of Planets.

Although she has lived on Erra and briefly also on Temmer and Cyndriel, the most time she has spent on a planet is on Earth in the Yorkshire region of England, in the area near the national park where she lived from a very young age with her mother with whom she traveled a lot, especially to M45.

She has memories of countless past lives, speaks many languages and with unconditional help from her mother learned from her piloting skills which qualifies her as a fighter pilot of Taygetean manufactured spacecraft, and with the ability to fly terrestrial airships as well.

She shares the skills and knowledge attributable to all Swaruuneans, and today is dedicated to sharing with the public, through Robert and Gosia, all that she can. In her spare time she keeps herself in good physical shape with lots of exercise and martial arts, and as a hobby she likes to make and assemble miniatures of all kinds and subjects.

But her main occupation today is being a guide, big sister and surrogate mom to Minerva "Mari" Swaruu and Sophia "Yázhi" Swaruu whom she loves and adores.