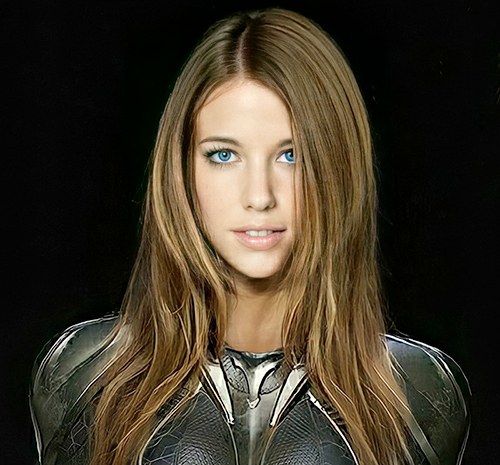 Anéeka of Temmer arrived to the Earth orbit in april 2016. Her position in the crew was that of chief analyst of the terrestrial as well as space data.

She was Taygeta´s chief Intelligence Director. Furthermore, and among many other tasks, her specialty was the holographic "computers" on board.