Swaruu (9): Van Allen bands are the result of the manipulation of the magnetosphere as a result of the super imposition of a high energy electromagnetic frequency.

The magnetosphere is used as the energy source for the Van Allen bands. This is achieved by transmitting a high energy frequency comparable to that of the magnetosphere, changing it with the principle of dominant waves.

The magnetosphere is the natural result of the presence of a large mass that acts as an energetic dynamo, it can also be seen as the aura of the planet.

As the dynamics of both the Van Allen bands and the magnetosphere are based on the toroid, they are super imposed. That is, both coexist in basically the same place and as they obey the same principles therefore the incoming and outgoing vortices at the poles are the points of highest energy. The equatorial parts are the same amount of energy of the vortices, but diluted in a larger surface or extension. Therefore leaving the Earth at the poles is trying to escape where the Van Allen bands have the greatest strength or energy concentration per square kilometer.

Van Allen Bands according to NASA: 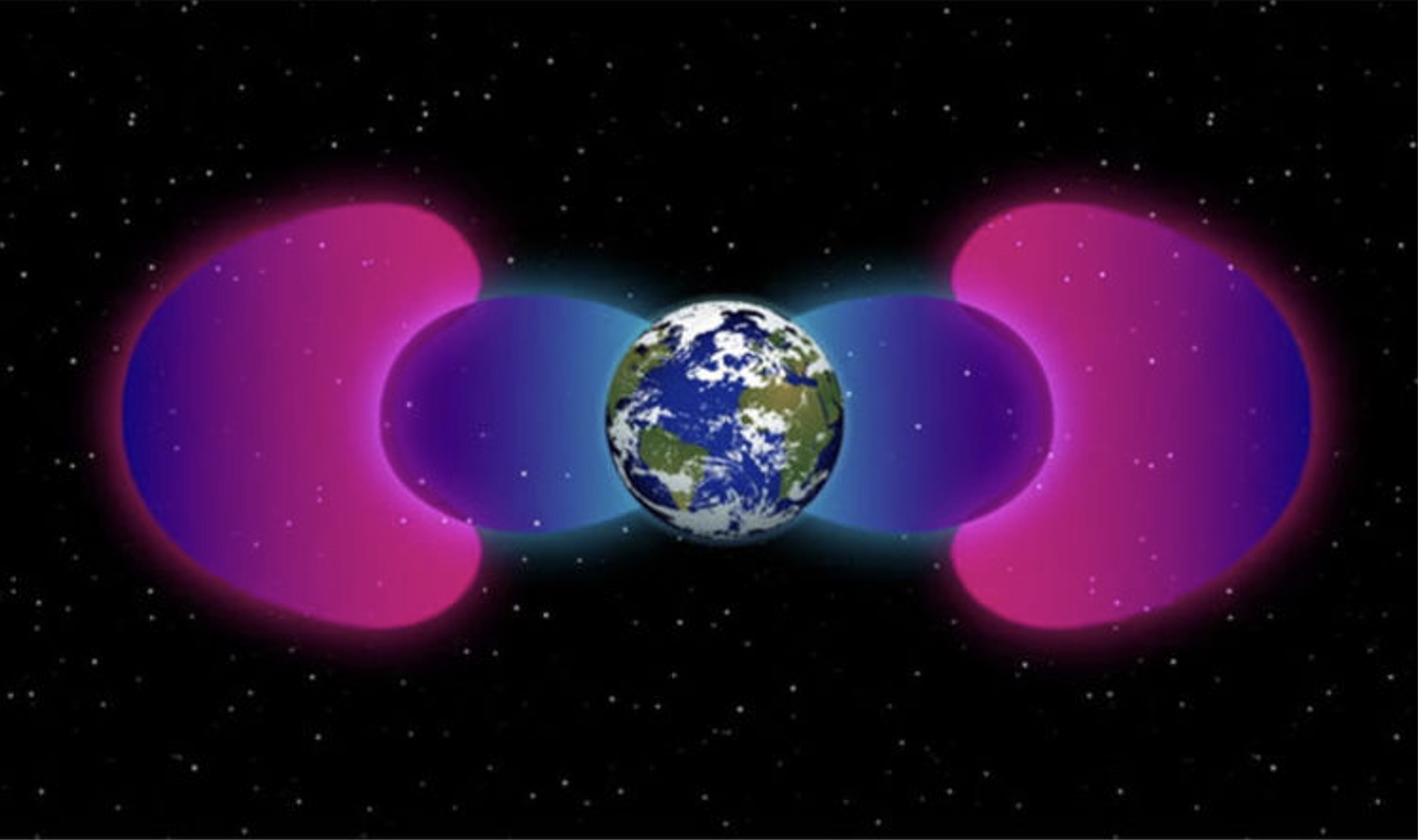 The NASA graphic showing two bands, one larger than the other, like a ship's life preserver, does not reflect reality in any way. There is no way to generate that without a vortex. The vortex would have to cover the entire planet, not just that portion that you see.

The Apollo space missions were all faked. The shuttles and the like only got to that white bubble, they never went beyond it.

Robert: Can you cross the Van Allen bands in the astral?

Swaruu (9): Yes, because you have a very high frequency there, although it depends on the individual. The astral is not a single frequency, it is a very elevated range, so it depends on your personal frequency and if it is not high enough you will not be able to cross over.

The Van Allen bands are scalar. This means that they sweep across several frequencies, not just one, but they do have a limit. You can exceed that limit and escape in the astral, it is like flying over the storm in an airplane.

At death, when an adma has an adequate frequency it can pass beyond the bands. If they vibrate at a lower frequency, they cannot cross them. So, only admas who have reached a certain level of spiritual advancement will be free from the confinement of the Van Allen bands.

Robert: What would happen if the Earth's magnetic field was reversed?

Swaruu (9): Total chaos, both with electricity, electronics, obviously, as well as migratory animals, for example. There would be a great number of animals that would die, species in extinction. Human society would not be able to function either, power grids would collapse, there would be changes in ocean currents and consequently in the climate. For many years there would be storms in strange places. The Earth would never be the same again. We don't see this as imminent.

Swaruu (9): It is possible to have the Van Allen bands agreeing with 5D, but the moment the frequencies are equalized (to 5D) they will no longer be relevant.

Robert: What exactly do they experience when they cross the Van Allen bands (astronauts or whoever)?

Swaruu (9): No one has crossed them. Not so in 3D, they cross already in 5D. For that you need top secret ship technology. It is only achieved with the use of a ship with total toroidal electromagnetic immersion propulsion technology. If you were to enter the Van Allen bands with a rocket ship, you would first experience disorientation, you would see flashes of light in your eyes.

This would be due to the presence of a large electromagnetic source plus radiation. And finally you would burn with high-energy ionizing and electromagnetic radiation, several thousand times stronger than the inside of a microwave oven. You can only leave Earth with an advanced craft or portal.

But the Secret Space Program ships maintained the frequency in accordance with them, of both human and reptilian crew, with the toroidal immersion of the engines. The ships maintained what they felt or believed to be the natural 3D frequency. The life support systems inside the ships adapted the internal frequency to 3D, because 5D for them is invasive, for their morphology, especially reptilian.

They are on a matching existential frequency so as not to be vulnerable to the Van Allen bands that work only up to medium to high 4D.

Robert: What happens to the reptilian morphology?

Swaruu (9): It is low frequency, more so than human. They are affected by high frequencies. Reptiles are from 3D to 4D.

Very positive humans who can connect with Source burn reptiles, so it is dangerous for us to artificially lower the frequency to be able to walk the Earth in 3D. You can and with a ship it is easy, but you become vulnerable and that is what the reptilians want most. First, they want to lower your frequency so they can attack you, because if you have it too high you are toxic to them and this includes humans.

That is also why, because of frequency disparity, a Taygeta ship is invulnerable to the Van Allen bands. It is as if they were not there, or it is only as light to us detectable only by instrumentation.